Eoin is a troublemaker who has had a rough go doing anything but following his passions and attempting to live authentically. It’s in his nature to take the off-beaten path, whether it be something small such as wearing his cat onesie to the grocery store because it has pockets, or something a bit more significant like dropping out of engineering school to envelope his life in music production.

Eoin ended up returning to school later in life where he pulled in a degree in Marketing and Multimedia from The University of North Texas in 2020, which he often forgets he has. He is currently the Studio Manager at The Cove Studios through Petsche Music Group, a full-service recording studio right outside Downtown Arlington. Creating in some form or fashion is synonymous to living and breathing for Eoin, so naturally he has been coming to terms with his need for an outlet to write, too. He can also be found engaged in writing music, doodling sweet nothings, playing board games, geeking out on Dungeons and Dragons, pulling harmless pranks, talking about mental health, falling in love with pizza, going for mindful walks, and wearing fun tube socks…but only if he feels like it. 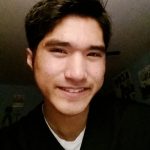 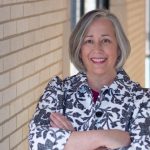