Memorial donations may be made to the Danny Woodward Scholarship in Communication Excellence at the University of Texas at Arlington via give.uta.edu/Woodward-Scholarship.

Danny Woodward filled his life with writing, running, travel, friendships, humor, cheering for the Texas Rangers, spoiling his dogs, and above all, adoring his wife, Monica. Danny died in May 2021 following a battle with brain cancer. He was 43.

By age 19, Danny was working as a sports writer for The Dallas Morning News. He also served as a staff writer for the Arlington Morning News, freelanced for the Fort Worth Star-Telegram, and while he was an undergrad at UT Arlington, served as editor-in-chief for The Shorthorn student newspaper. By 2004, Danny had earned his Bachelor’s in Communication-Print Journalism and was working for UTA President Spaniolo as his speech-writer. In 2005, Danny earned a Masters in Communication from UTA. Included in his many accomplishments was his pivotal role in creating the Maverick Speakers Series, a landmark program of the university.

UTA friends remember Danny for making himself available to late-night editing emergencies and mentoring student journalists, pun one-upsmanship, softball and pickup basketball games, dog park dates, trivia nights, and countless shenanigans. During this time, Danny also discovered his love of running, but above all, he met the love of his life, his soulmate and best friend Monica.

In 2012, the Woodwards moved to Richmond for new adventures, and it wasn’t long before Danny ascended to the role of Executive Director of Executive Communications at Virginia Commonwealth University. He not only wrote speeches for VCU President Rao but for corporate CEOs, a U.S. First Lady, the physician who saved Rep. Gabby Giffords, and many others. A member of the Washington Speechwriters Roundtable and the Professional Speechwriters Association, Danny’s many honors include two Cicero Awards, the “Oscars of speechwriting,” and inclusion in Vital Speeches of the Day.

After moving to Richmond, running became a true calling for Danny. To the delight and amazement of his friends, he ran his first marathon in less than 2 hours and 55 minutes, qualifying him for the Boston Marathon. In total, he competed in six marathons and broke the 3-hour barrier three times. Besides his speed, he was also known for affectionately greeting every dog he saw on a run and his eagerness to avoid hills and the slightest amount of rain. In the months after he was diagnosed with brain cancer, he continued to run with the same passion and swiftness he had displayed for years. To these constants, he added obvious amounts of gratefulness and joy.

In fact, anyone who ever met Danny remembers him for his unbounded gratitude and joy.

With Monica’s permission, it is our great honor to share Danny’s writing with you. 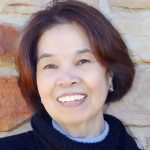 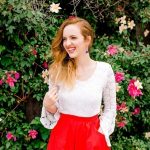