This year, Sunny and Terry Graham are celebrating their 50th wedding anniversary. Fifty years of laughing together, building careers, raising two effervescent daughters, and spoiling three joyful grandchildren. A typical American family. And like a typical American family, this includes “coming to America” stories. We reached out to Sunny and asked her if she would share hers.

The distant American journey of more than a thousand miles from a small village in the Philippines actually began with a simple, childhood dream of getting as much chocolate as I could in the land of plenty! My early introduction was facilitated by American soldiers who, after WWII, handed out pounds of powdered milk as a way of preventing malnourishment among Filipino school children. I remember one particular soldier munching on what I would come to know as a Hershey Bar. My favorite mantra, “If there’s a will, there’s a way,” came into play in a charming way, enabling a five-year old girl to secure a bar unto herself. It was love at first bite! Hooked, I proceeded to inquire how to get more of the stuff. I would have to come to America, I was told, if I wanted more.

A seed had been planted!

I am ninth among eleven children. Although my parents were poor and only finished elementary education, they were naturally smart and born leaders. My Dad had the gift of gab and made a living campaigning for favored politicians and securing veterans benefits from the U.S. government for folks who worked alongside American soldiers fighting against the Japanese. Mom, with true grit and ambition, was the force behind the scene, managing to send every one of us to college.

Street smart, I learned from growing up in a big family. I also learned to read at a very young age. My fondest memory was the day three of my older brothers chipped in to buy and bring home a big and thick international English dictionary! I did not have to bother anyone anymore. I could look up meanings of English words myself.

Reading opened many doors! Subscriptions to local newspapers, magazines and the monthly arrival of Readers Digest brought home the world to me! Brother number two also took correspondence courses with Radio Corporation of America (RCA), teaching himself how to assemble radios. A small business thrived selling radios as fast as my brother could complete each assembly.

At age twelve I learned about the American Field Service exchange educational program that brought American students to Philippine high schools and Filipino students to American high schools. For three years I pursued this possibility for myself, fully knowing the biggest hurdle was how to get my Dad’s permission. Girls until married were not allowed to venture out without a chaperone.

My brothers came to my rescue. When the appropriate time arrived for me to try out, they convinced my Dad to say yes using the rationale that my chances of succeeding were pretty slim anyhow. I would be competing locally, regionally and nationally with some pretty smart students. Just competing would bring honor to the family. My Dad got snookered!

As fate would have it, I did pass and came to America for the first time in 1965, the year when legal immigration to America was granted to Asians. The Grahams became my host family.  Terry, who later became my husband, was away in college at the time. I met him around Christmas and thought he was a nerd. This exchange student was not impressed.

I had $20 pocket money when I first arrived in America. The first $5 was spent buying as many chocolate bars as possible. I thought I died and gone to heaven. Dreams do come true!

Fast forward this American journey to six years later when I returned to the mainland with full intention to go to graduate school, and also to avoid martial law in the Philippines. As a tourist, U.S. Immigration only granted me a three-month stay. I was not allowed to convert to a student visa.

Three strategies were undertaken so I could stay longer. First, the Graham family tried to adopt me. Not allowed, as I was already twenty-one years old! Second, I took exams with the U.S. Navy, Army and Air Force, because if I joined the military, I can stay. Terry convinced me, however, that I was not suited for military service. By then, he was a U.S. Army Captain and had just returned from Vietnam. He proposed a third solution. I should just marry an American.

I readily accepted when he applied to be the guy I should marry.

Terry and I will celebrate our golden wedding anniversary this year! This crazy marriage produced two beautiful daughters and three wonderful grandkids. Along the way, I worked as an elementary school teacher, educational consultant, operated four preschool centers, and I briefly owned a monthly newspaper, the Asian American Herald.

In 1971, when I returned to America with the intention of attending grad school, I brought with me $200 and two suitcases, my version of priming the pump for a bountiful American life.  This investment provided many good returns.

In my book, to be born American is to be born already a millionaire in more ways than one.  Back when I started the preschool center, I went to a bank in Austin, TX to borrow money. I had never applied for a loan before. The bank president took me under his wing. He explained how the whole borrowing process worked. I needed to provide a personal financial statement, he said. It was the first time I encountered assets and liabilities. On a piece of paper on the left column I was to list everything of value I owned. The right column had to show everything I owed.

One big asset I listed was a $19,000 home Terry and I bought in 1976 using a Veterans Administration (VA) loan. No down payment was required and the closing costs were rolled into the loan. We bought our first home with zero dollar out of pocket. Unbelievable! I wrote my Dad in the Philippines about this home purchase. His reply was for me to buy as many houses as I possibly could. Down the road, I somehow followed his advice.

The first house was both an asset and a liability. The monthly mortgage payment was $119 per month. We could stay as long as we paid!

The only other big asset I claimed was my American citizenship. I valued it at a million dollars! I did not owe anything against it. My banker was astonished. He had never seen anyone put a value to this citizenship. Now he had…and Bank One (now defunct) gave me my first business loan.

Life in America has been good! I wake up every morning grateful for all the wonderful opportunities to “capture gold dust in the air.” I cannot retire. I am still having so much fun! Currently, I work as a realtor-broker. Additionally, Terry and I became innkeepers at The Thornton Inn, a bed and breakfast facility a block away from The University of Texas at Arlington.

Sunny’s American story continues. Far from being done, you all just have to stay tuned! 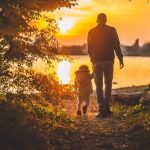 The Father(s) of Wisdom
Next Article