So begins one of the most famous Irish blessings. In March, everyone is a little bit Irish, but truth be told, Ireland is a country from which many Anglo Americans claim ancestry and dream about visiting one day. While joking about stumbling across a leprechaun and his pot o’ gold, we also fantasize about finding some long-lost relatives who reveal we are actually lords or ladies with a family castle set upon a misty shore. OK, maybe that’s just my fantasy. But even those with no Irish lineage can be drawn to its mystical legends, beautiful scenery, strong stout, and even stronger whiskey.

My mother started researching our family genealogy when my brother and I were babies, and I picked up where she left off shortly after my own daughters were born. One day as Mom and I were looking back through the piles of decades-old papers, we became intrigued enough with the possibilities to make a weeklong mother-daughter trip to Ireland, which we took in 2008.

This wasn’t the first time my Mom and I traveled alone together. We took frequent road trips when I was a teenager and young adult, but this was the furthest we had ever traveled just the two of us. Sadly, as it turned out, it was also the last.

As I’ve mentioned previously, traveling with teenagers gets you lots of eye-rolls. I found out on our trip to the Emerald Isle that traveling with Mom also puts you in the hot seat. This is especially true if you are steering from the other side of the car, or dodging the nonstop parade of massive tour buses fighting for space on tiny roads (which seem to be the only kinds of roads in Ireland). For an island roughly the size of Ohio, it took a surprisingly long time to make our way around the country—and we didn’t even come close to seeing it all.

We started and ended our trip in Dublin, drove up to the northernmost point to see Giant’s Causeway—which is actually in Northern Ireland—and searched out one of our ancestral towns, Enniskillen. This involved a stop in the local genealogical office where we found directions to the remains of our presumed familial castle, Castle Caldwell (which turns out to be quite the fixer-upper!)

From there, we made our way to Killarney, where we stayed at a lovely sheep farm complete with working sheepdogs. This little farm, a small B&B that sits right on the edge of the Killarney National Park, is home to sheep, ducks, goats as well as horses for trail riding. It was our first time to see Border Collies actually herding sheep and the farmers issuing commands via a range of dog whistles. It really made an impression on me because about four months later, I decided to adopt a Border Collie mix. While he was the sweetest dog on earth, he did not inherit any of his Irish cousins’ herding skills.

My mom was a trooper throughout it all, whether we were horseback riding through the wild and beautiful Killarney National Park or searching through the countryside for the site of the “Father Ted” BritCom house. And yet nothing was as awkward as staying in a country pub/inn with my 70-year-old mother in a room directly beneath a very amorous and vocal couple! We decided to pretend we couldn’t hear anything and silently agreed to never speak of it. The next day, as we continued on our drive, the mortification of the previous night was soon forgotten as we visited a whiskey distillery to wash those memories clean away!

Many times over the course of the week, we were stunned by the beauty of the countryside and the “green-ness” of Ireland. No photo could truly capture it. The experience was akin to Dorothy being dropped into the hyper-Technicolor world of Oz.

One particularly vivid locale was a very remote park that was completely devoid of other travelers—at least from this time period. In this park, we came across a prehistoric dwelling that I now know is called The Calf House Dolmen, and while I was very interested in looking around, I was too scared to spend much time in the forest by myself. Even though there wasn’t another human around for miles, I couldn’t shake the feeling that we were not alone, and we quickly moved on to a more populated area. Now, just a dozen years later, this area been developed into Cavan Burren Park, and the forest that once spooked me is no longer there. While more people will now be drawn to this site to learn about its ancient history, it makes me incredibly sad that travelers can no longer feel the thrill of stumbling upon a lost and mysterious treasure in the wilderness of Ireland.

My biggest regret from this trip is simple: I didn’t take enough pictures—of the country, nor of (or with) my mother. How could I know it would be the last trip with just the two of us? I also wish we had spent more time there. One week is not enough to do any country justice, especially Ireland. So if you’re planning a trip to the Emerald Isle, here are my top four tips: make it two weeks minimum, rent the smallest car you can and muster up your bravado for driving on the opposite side of the road, don’t be afraid to get off the beaten path to see the country in all its wondrous authenticity, and take that shot of whiskey with your mom. Believe me, you’ll be glad you did. Sláinte! 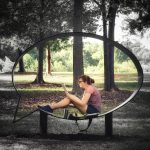 In This Issue: Hearts and Mindfulness
Next Article 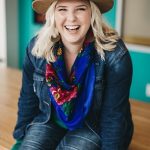