It was that first time the aroma of cinnamon and cloves from the Glühwein hit my nose and the hot liquid trickled down my throat that made me fall in love with the Texas Christkindl Market.

If you’ve ever been to a Christkindl market, then you know exactly what it is about that hot mulled wine (pronounced GLOOVINE) they pour into that cute little boot shaped mug that makes you all warm from the inside out. That’s just part of the magic of what makes a Christkindl so special.

Several years ago, my family was introduced to the Texas Christkindl Market when it was held outside Globe Life Park in Arlington. We didn’t really know what to expect, but there was something about spending time together under the stars, with so many seasonal smells, buying homemade gifts for family, and bumping into and catching up friends we hadn’t seen in forever that just made it feel more like Christmas. One year there was even an ice-skating rink. I don’t skate and neither do my kids, but watching people holding hands while they made their way around the rink was magical. I felt like we were inside a Hallmark movie.

Biting into that bratwurst and enjoying a potato pancake didn’t hurt either. Or the kartoffelpuffen and strudel. Ahhh, strudel. Lots and lots of warm pillows of strudel… while German food in my opinion is always a good idea, I wanted to know more about the German connection.

Looking back to history, the Christkindlesmarkt began centuries ago in Germany. This annual gathering gave people in the village a month-long opportunity to celebrate the holidays and give thanks to the Christkindl Angel, or “Christkind” (the traditional giver of gifts that takes shape as a beautiful angel). Today, nearly every city in Germany hosts their own Christmas Market as a time-honored tradition.

So still why is the Texas Christkindl Market in Arlington, Texas? There are plenty of reasons why Arlington makes a great home for a Christkindl Market, but I discovered it actually started with the chance meeting of two important people. In 1951, Mr. Kurt Zühlke, city manager of the German town called Königshofen (now Bad Königshofen), came to Texas as part of an exchange program for adults. As part of his travels, Mr. Zühlke was introduced to the mayor of Arlington, Tom Vandergriff, and shared how hard times had fallen upon his community because of their location right on the border between East and West Germany.

So Arlington “adopted” Bad Königshofen by providing canned goods, clothes, and more to help the many refugees who had fled to Königshofen. Arlington students even created scrapbooks to introduce their hometown and its residents to their new “sister” city. This was just the start of a beautiful friendship that has lasted more than 70 years, and has impacted Arlington in many ways including the naming of our popular Bad Königshofen Aquatic Center.

It was this long-standing relationship between Arlington and Bad Königshofen that inspired the Texas Christkindl Market to commemorate its first season in 2011, bringing as much authenticity as possible, including the iconic red and white huts found in the original German markets.

Fast-forward to 2020: the Texas Christkindl Market is celebrating another year, but this time through the help of social media with an online version of the market. No, it doesn’t fully replace a walk through the market with my kids or visiting with friends or noshing on traditional German treats from the many market vendors. But from November 27 through December 23, this year’s virtual Market is delivering plenty of holiday fun and helping us rediscover the spirit of the Christkindl Angel.

As you begin your visit to TXChristkindlMarket.com, be sure to que the German holiday music! Then head on over and take a look at the unique shops offering handmade goods for sale, shipped straight to you to put under your Christmas tree. The website is also loaded with traditional recipes so you can enjoy a little taste of Germany. Homemade Linzer cookies, anyone? Jah! And if you need something to get you moving, the TXChristkindlMarket Facebook page will be full of performances from local groups and organizations singing and dancing to holiday music. I hear St. Nick may even make an appearance!

But of course, the best way to get clicking online is to pair it with some Glühwein! Here’s how you can fill your home with the aromas of Christmas in Germany with this authentic recipe.

No matter where and how you celebrate your holidays this season, be sure to make the most of what’s important — each other. Frohe Weinacthen!

Editor’s Note: Due to COVID-19 health and safety concerns, the 2020 Texas Christkindl Market is only being held virtually this year. Bis nächstes Jahr, friends.

Combine water, orange juice, sugar, cinnamon sticks, and anise in a pot over high heat. Bring just to boil and then reduce to a simmer.

Juice the orange and lemon halves into the simmering liquid. Now stud the remaining rinds with cloves and put into the pot. Reduce mixture until about ½ liquid and then add wine. Heat until simmering. Ladle into a mug and serve with orange rind and cinnamon stick. 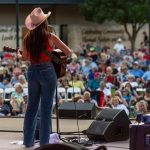 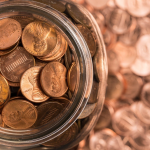