“Imagine a world where people are 10% happier and less reactive. Marriage, parenting, road rage, politics – all would be improved upon. Public health revolutions can happen rapidly. Most Americans didn’t brush their teeth until after WW2, after soldiers were demanded to maintain oral hygiene. Exercise didn’t get popular until science proved its benefits. Mindfulness, I have come to believe, could, in fact, change the world.”

Breaking news: I love this book. It’s sort of Ron Burgundy meets Wayne Dyer. There is a reason this is a #1 New York Times Best Seller and winner of the 2014 Living Now Book Award for Inspirational Memoir.

“Make the present moment your friend rather than your enemy, because many people live habitually as if the present moment were an obstacle that they need to overcome in order to get to the next moment. And imagine living your whole life like that, where always this moment is never quite good enough, because you need to get to the next one. That is continuous stress.”

10% Happier is the insightful, yet hilarious memoir of ABC news anchor and Good Morning America host, Dan Harris, following his off-roading life adventure from atheist and skeptic to enlightened-ish meditation guru. I use the word “enlightened” loosely since he cringes at the term, and the same book that says something crass like:

“When you have one foot in the future and the other in the past, you piss on the present.”

“We live so much of our lives pushed forward by these “if only” thoughts, and yet the itch remains. The pursuit of happiness becomes the source of our unhappiness.”

After having a panic attack on live ABC television, Harris knew he needed to make changes. Like big changes. Like really fast. Quitting cocaine was a good start, but that didn’t seem like enough to the overachiever.

“It was that moment, lying in bed late at night, that I realized that the voice in my head – the running commentary that had dominated my field of consciousness since I could remember – was kind of an asshole.”

Ultimately, a suggestion to meditate (which he initially laughed at), teamed with memorable encounters with gurus, celebrities and other journalists, provided the groundwork for a new practice that would overhaul his personal and professional lives, changing him from a volcanic, judgmental smart ass to kinder, more grounded smart ass.

“Meditation suffers from a towering PR problem, largely because its most prominent proponents talk as if they have perpetual pan flute accompaniment.”

Well, at least he kept the good part, because I’m telling you, this book is equal parts thoughtful, irreverent and hysterical. Curious to lessen the “unstoppable firehose of thoughts” and learn more about mindfulness from a science-based someone who is able to educate and entertain? Harris is your guy.

“There’s no magic or mysticism required (with meditation)—it’s just exercise. If you do the right amount of reps, certain things will happen, reliably and predictably. One of those things, according to the research, is that your brain will change in positive ways. You will get better at not being carried away by your passing emotional squalls; you will learn—maybe 10% of the time, maybe more—to respond, not react.”

I assume you have heard the quote “when the student is ready, the master appears?” Harris’ gurus include an interesting mix of thought leaders like Eckart Tolle and Deepak Chopra, as well as an enraged Paris Hilton, a perfectionistic Peter Jennings, a stoic Sam Harris, and a magnanimous Dalai Lama.

“This whole experience has been a process of seeing, over and over, that many of my assumptions (about life and people) were wrong.”

What is mindfulness, anyway? Harris describes it as the ability to recognize what’s happening in your mind at any moment (love, anger, angst) without getting swept into it. In other words, mindfulness is enjoying the bite of food in your mouth without hunting around for the next forkful.

“Mindfulness provides space between impulse and action, so you aren’t a slave to whatever neurotic obsession pops in your head.”

Like developing a muscle at the gym through reps, Harris says your mind develops the skill of mindfulness through consistent practice. Some of my favorite tips from the book include:

“Your demons (addictions, poisonous thoughts, bad habits & thoughts, etc) may have been ejected from the building, but they are out in the parking lot doing push ups.”

Since writing this book, Harris founded a 10% Happier-branded meditation app, and he says your bullseye with all this isn’t stopping the runaway train of ridiculousness in your mind. He insists that the “monkey mind” only ends when you are enlightened (congratulations!) or dead (so sorry!).

“The voice in my head is still, in many ways, an asshole, however, mindfulness does a pretty good job of tying up the voice and putting duct tape over its mouth…I still believe…that a healthy amount of neuroticism is good, but I also know that widening my circle of concern beyond my own crap has made me happier. Paradoxically, looking inward has made me much more outward facing, and a much nicer colleague, friend and husband…”

As I have learned from my own meditation practice, every day is a continuing mission to decrease the volume on inner chaos, and some days are easier than others. This book is packed with easy meditation tips AND humorous peeks behind the curtain for journalism, pop culture and spirituality. Enjoy! And namaste y’all!

“The brain is a pleasure-seeking machine. Once you teach it, through meditation, that abiding calmly in the present moment feels better than our habitual state of clinging, so over time, the brain will want more and more mindfulness.” 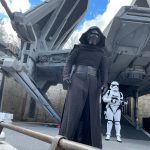 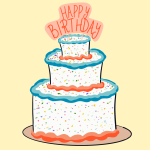