Who runs the world? Girls, sure, Beyoncé said it so that’s a given. But during election season, particularly one that isn’t full of bombastic distractions at the national level, we actually think that volunteers run the world of local elections.

By the time this story is published, Arlington, Texas will be wrapping up early voting for the 2021 general election. Election Day is Saturday, May 1 (at the bottom of this page you’ll find some handy voter information links). This bellwether race includes choices for a new mayor and city council members in four districts; three positions on the Arlington ISD school board; and a new representative for U.S. House District 6.

This is a BIG deal to seasoned volunteers like VanDella Menifee, who’s been enthusiastically raising her hand for causes since she was a kid.

“I began my political career in third grade by sending out an SOS!” said VanDella, who grew up in Chicago as the eldest child of a preacher. “I’m sure many of you may remember that song, Sending out an SOS by Retta Young. Well, my SOS was to ‘Save Our School,’ to keep my neighborhood school from closing. Me, my friends, church members, and whomever I could find at the time, we marched around the school with signs to keep it from closing. After getting media attention, other people of influence became involved. The school is still open today, and at one point, my cousin was even the principal!”

Volunteerism takes that kind of passion, but even at a young age, VanDella was also learning how to multi-task and manage projects. “As an oldest child and a preacher’s kid (PK), I sang and learned to play the drums when I was seven years old, started cooking dinner at eight, and at nine, I learned management skills by volunteering (no pay for a PK!) as the secretary and treasurer at my Dad’s church. I learned the value of people by dealing with people. I believe in doing unto others as you would have them do unto you.”

When the seeds of volunteerism are planted this early, we wondered, what happens next? How do the skills and passion grow into the life of a serial volunteer, particularly someone who is deeply involved in the wild and wooly world of political activism? And what lessons can we learn to make volunteerism a habit that we – and our children – can’t live without?

VanDella: For me, back then (waaaaay back then), I knew it didn’t take much, because we didn’t have much. Early on it became clear that my mission in life would be to change lives and make people smile. Little did I know that I would end up in prison!

VanDella: Yes, I was in the prison system for over 25 years! I retired from DOJ Federal Bureau of Prisons in 2012 after 25+ years of dedicated service. Don’t let my smile fool you!

Sociability:  By all accounts, you had a stellar career with the Federal Bureau of Prisons, but you say you really want to be remembered as a “Professional Volunteer” and for always making people smile.

Sociability: Talk about some of the volunteer opportunities you pursued while working for the DOJ.

VanDella: I began my DOJ Federal Bureau of Prisons career as a Correctional Officer in Talladega, Alabama. At the same time, I started volunteering my after-duty time with Inmate Life-skills Programs: reading, anger management, theatrics, time management, etc. I did this because I wanted to learn more about our agency. As a result, promotions came my way, and so did other opportunities to volunteer. When I worked with a population of adult male inmates serving multiple life sentences, I could see that idle minds meant disciplinary infractions and seized up normal operations for several weeks. My volunteer time helped me get the know the inmates and create programs to keep them occupied in positive ways. Receiving numerous awards for my efforts was encouraging, but what really mattered was knowing I was making a difference for both the inmates and my fellow co-workers.

Sociability: It seems like your work and your volunteer activities were very intertwined. It’s all for one and one for all.

VanDella: I love being an ambassador for positive change by helping others improve their lives, one by one. That’s me, simply being me.

Sociability: What other volunteer activities have you participated in?

VanDella: After I retired, I begin volunteering more with many schools in different districts and was elected to serve in various positions on the PTA Board. Connecting those with a need with those who are willing give and vice versa is my skill. No matter how great or small, it helps the cause. Most recently, I was involved in an event that got over 1,000 blood donors, saving over 3,000 North Texans’ lives, just by making the right connections. The organization received a proclamation for the work they have done worldwide!

Sociability: We love how excited you get about being able to see and celebrate the results of your efforts! Maybe that’s a good segue into your involvement with political campaigns in Arlington.

VanDella: My political involvement soared to a new height in 2015! I had the honor of meeting Jeff Williams at the Lunar New Year’s Festival at Asia Times Square hosted by Matt Loh and his family. I asked him to speak at our son’s school for Career Day regarding his engineering company, Graham Associates Inc. He did not hesitate, and when he said, yes, I overheard someone ask about his campaign. I volunteered to assist. On Monday morning I arrived, ready to volunteer not even knowing for what office! But he was willing to help children, and so without any hesitation, I was willing to help him. I was Jeff Williams’ first volunteer! The rest is history, Mr. Mayor! I really have to thank Mayor and Mrs. Williams and their entire family for the opportunities to serve the residents in Arlington.

Sociability: What other campaigns have you volunteered for in Arlington?

VanDella: As I recall, I have supported campaigns for several bond issues, the “Keep the Rangers” campaign (which I love), candidates for Congressional seats, State Representatives, Mayors, City Council members, School Board members, Tax Assessors, and Judges, just to name a few. My “Why” is that I love to support propositions or people whom I believe can improve the quality of life of residents and help grow businesses large and small. I support efforts that bring economic growth and create places for families to enjoy as they grow!

Sociability: What motivates you?

VanDella: The people I’ve met on this road called life, I often tell them, “Because of you, I am me.” Every person I meet, I find what they enjoy doing and how they can help others. I am most happy when others are. My daily goal is to try to meet at least one person, make a connection, and find out how they can volunteer in their community, even internationally. Recently, I met a gentleman on the phone from Portugal when I was correcting my Starbucks reward balance. By the end of our conversation, he committed to reading to kids in his community!

I believe volunteers makes the difference in the community, children are our future, and the elderly people are often forgotten and must be remembered. Thanks to my husband Robert and our two sons William and Richard who allow me to be a servant to others.

VanDella: Text is best, please say “Yes” should I call! 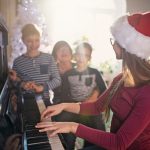 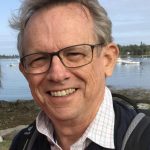